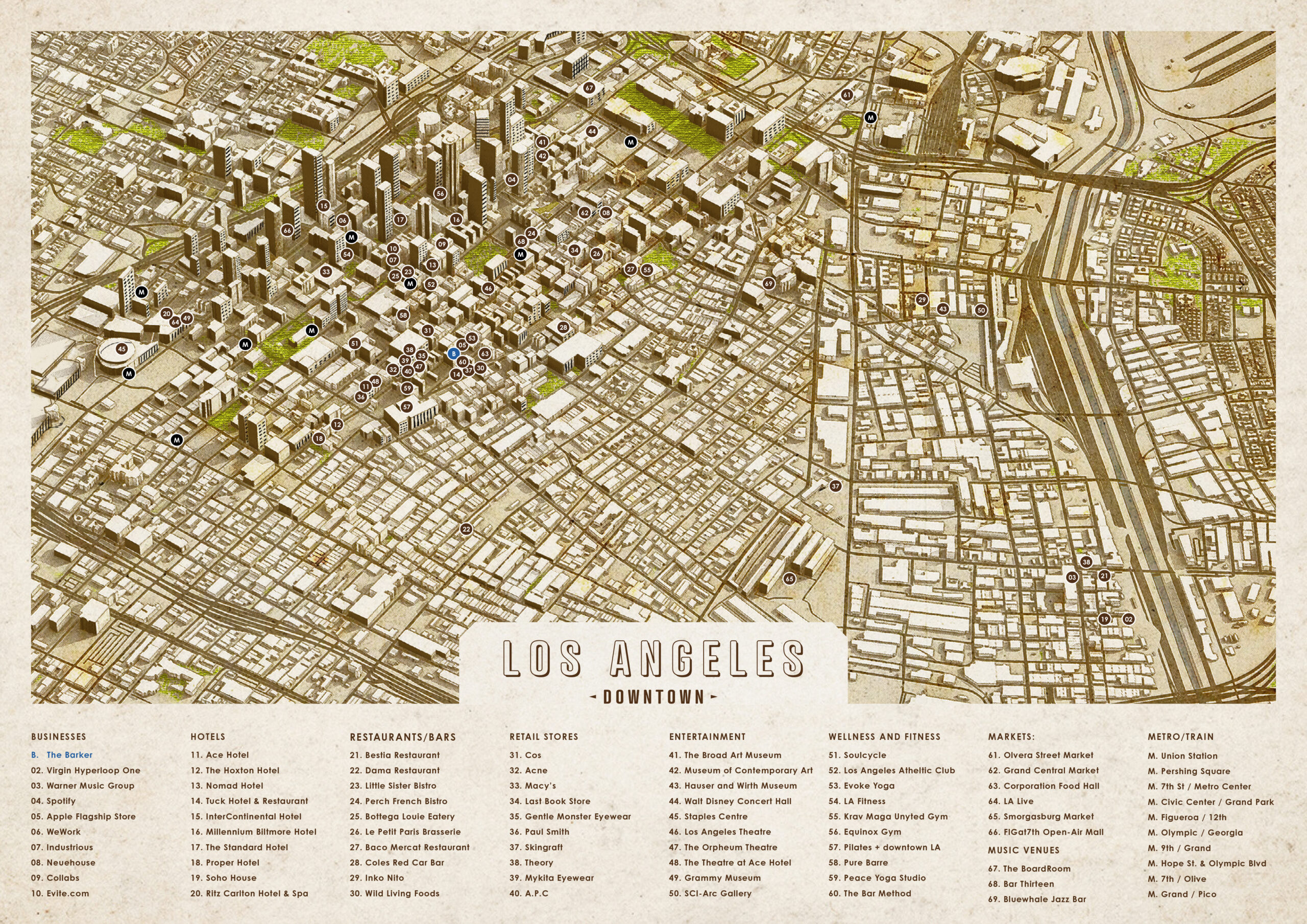 LOCATED ON ICONIC BROADWAY AT THE HEART OF THE RENAISSANCE OF DOWNTOWN LOS ANGELES.

At the birth of modern entertainment in the early 20th century, Broadway hosted the highest concentration of movie palaces on the planet. At that time, 80% of the world’s movies were shot in California and lavish historic theatres screened the latest Hollywood creations, celebrating Los Angeles as the movie capital of the world.

Today, the area is brimming with reimagined warehouses and historic Art Deco skyscrapers, showcasing DTLA’s meteoric boom over the past decade. With highly-respected companies such as Apple, Warner Music, Spotify and Elon Musk’s Hyperloop One project all choosing Downtown Los Angeles, there has never been a more thriving moment for this neighborhood since its peak in the early 1900s, prior to the introduction of automobiles.

Within close proximity to the well-established design hotels including The NoMad, The Hoxton and Ace Hotel, and with a wide offering of high-quality restaurants such as Terroni, Bavel and Little Sister, staff and guests at The Barker will always have plenty of outstanding local dining and entertainment options. 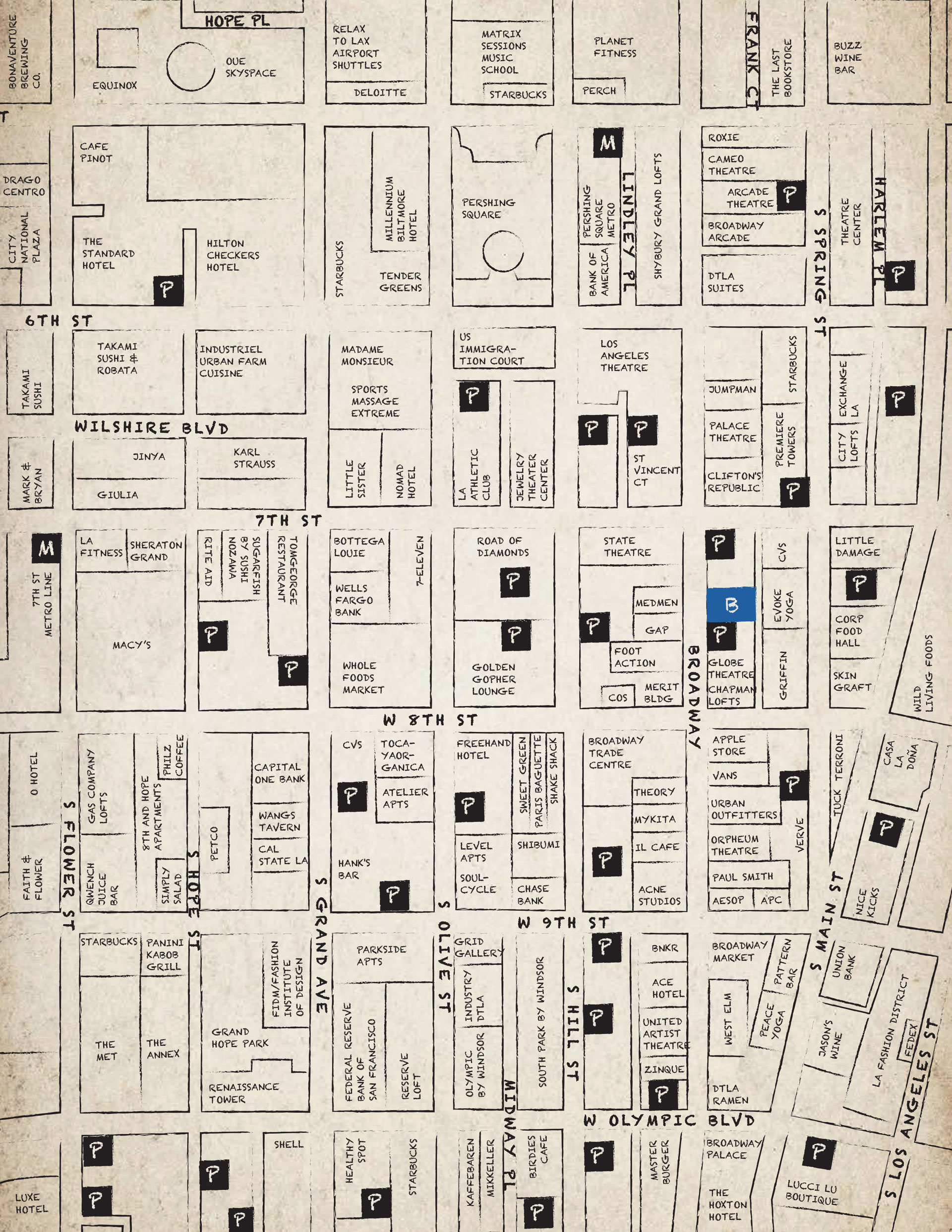 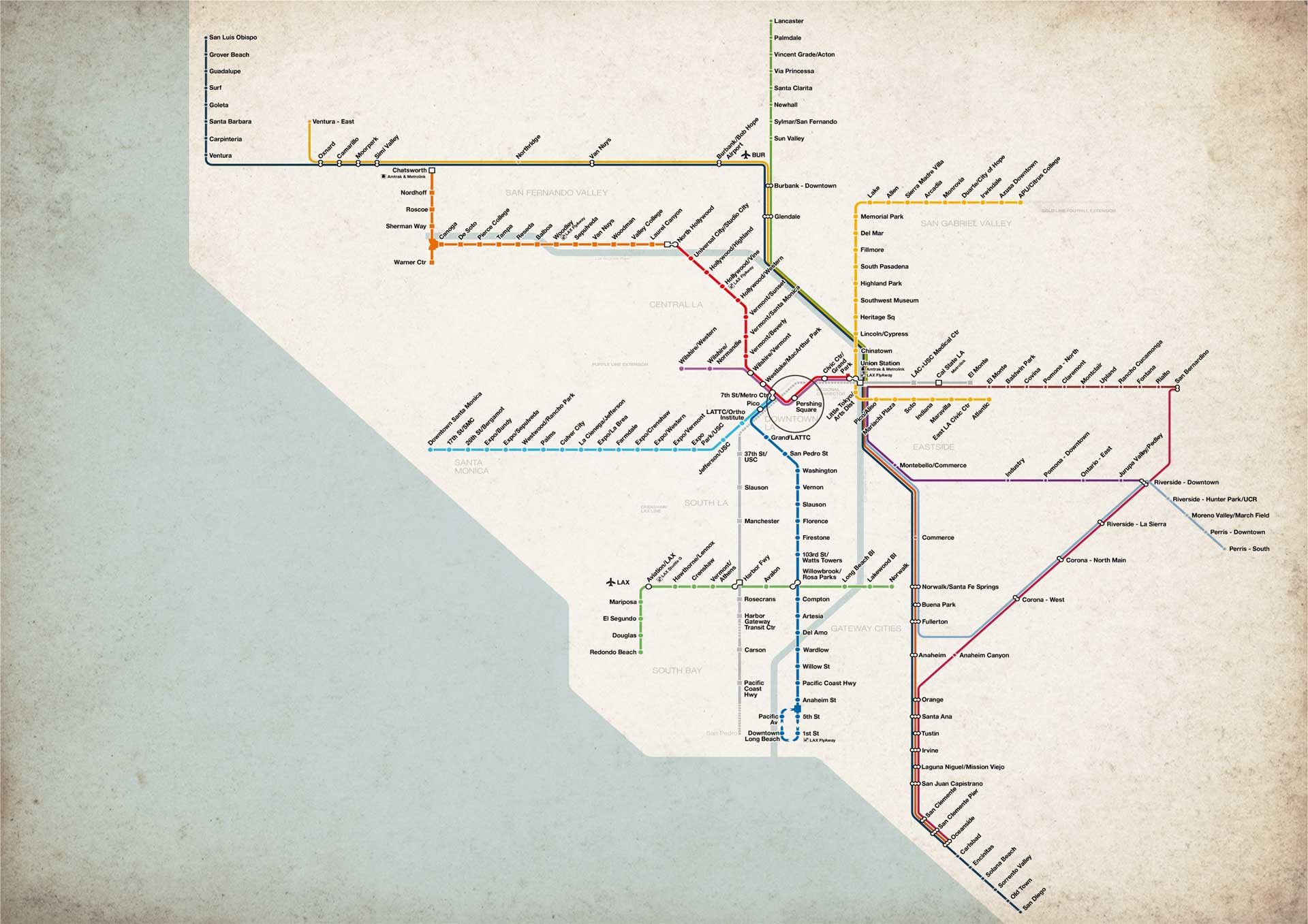 CIRCLED BY DRAMATIC MOUNTAINS, BOOK-ENDED BY
THE PACIFIC BEACHES, THE ENERGY OF DOWNTOWN LA IS BALANCED BY INSPIRING NATURE WITHIN EASY REACH.

With its superior transportation linking the LA Metro Rail and Amtrak system, along with multiple freeways leading to the core of the city, the logistical situation of Downtown by far exceeds any other area in the city. Close proximity to several multi-story parking structures makes access to The Barker’s amenities extremely convenient. New user-friendly electric scooters and metro bikes in Downtown LA add to the wide variety of short-distance transportation options for easy commuting within the city center. Likewise for long-distance travel, Los Angeles has the second busiest airport in the United States and the fourth in the world. With direct flights to 180 destinations across 73 airlines, LAX Los Angeles is a hub for domestic and international travel, making The Broadway an ideal base for international companies. 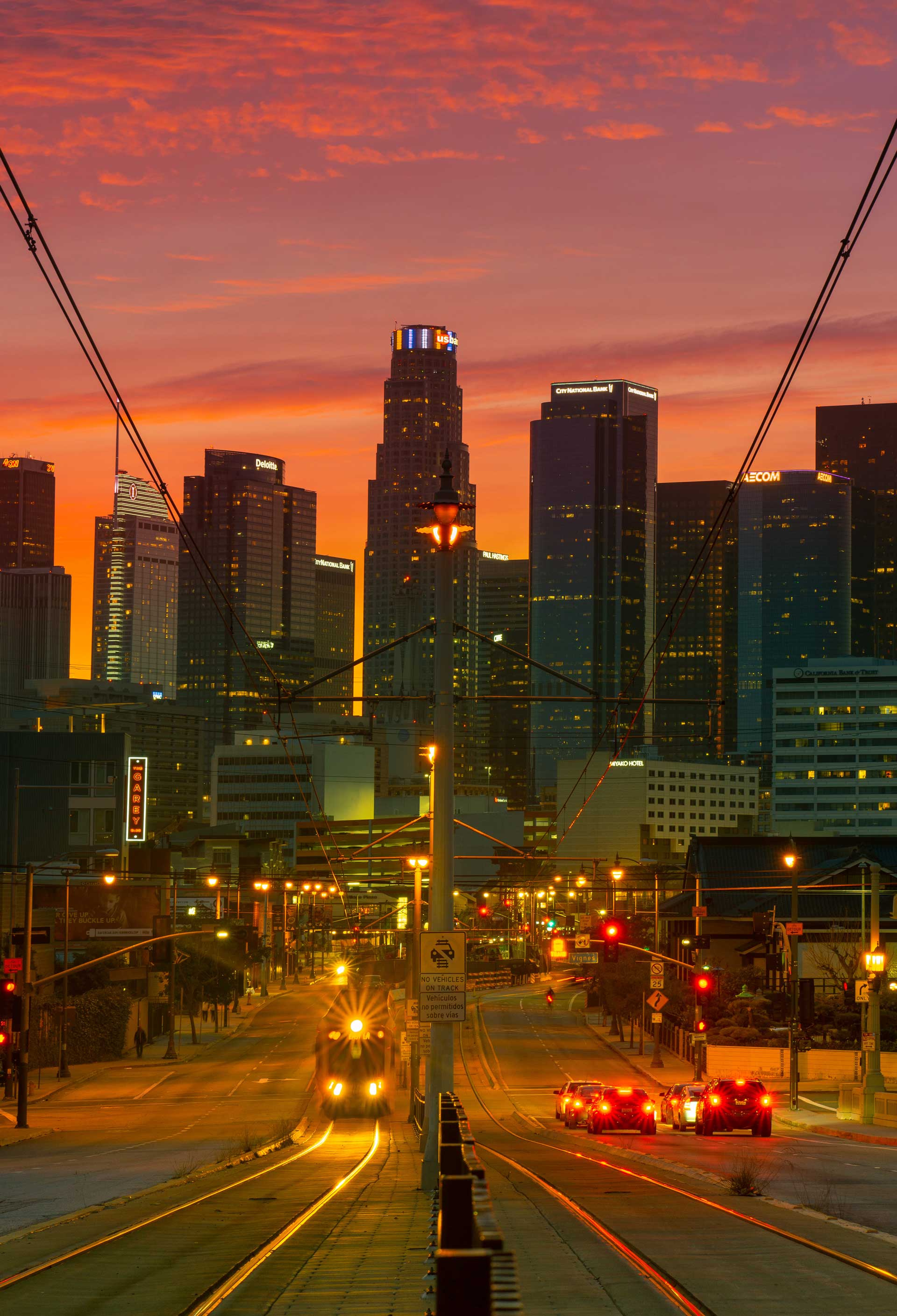